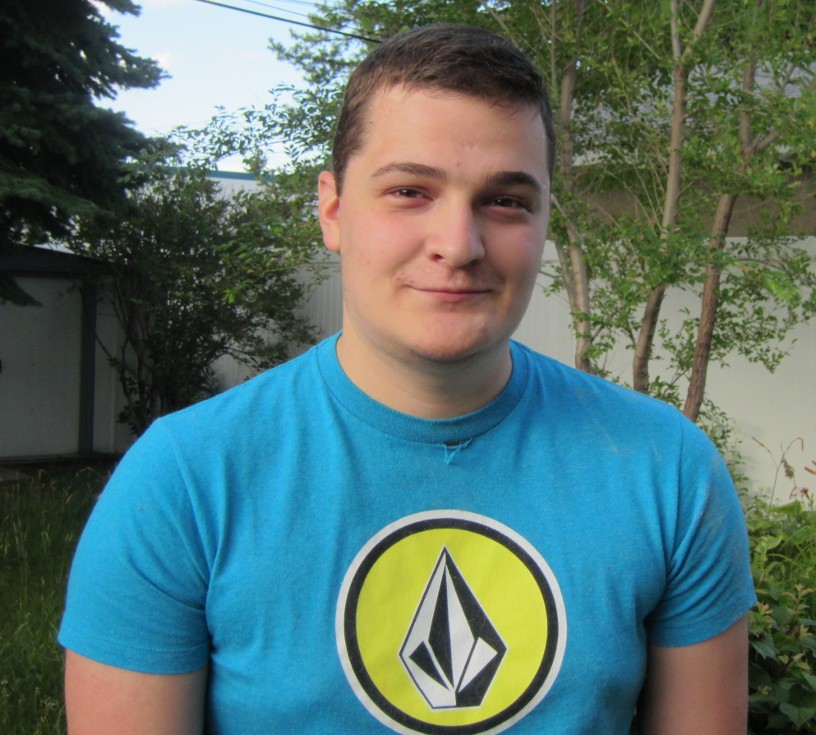 Josh has a love of animals that shines through when he takes care of his five cats. He started working at PetSmart in November 2015 in the pet care department. He gets paid to look after animals, too.

Since he started working at PetSmart, Josh has gained more confidence and independence. One of his employment goals was to save his money to purchase a vehicle and work toward getting his driver’s licence. In November 2016 he passed his driver’s test and was able to buy his first car. Josh left PetSmart in January 2017, but has taken the skills and confidence he developed there with him into his new role.

Josh loves working with the people he supports, and he feels extremely happy that he can make a difference in someone’s life.

Josh is attending MacEwan University’s Special Needs Educational Assistant program. He is looking to gain experience in his chosen field and is working as a community aide and in respite, which he began in October 2016.

Josh loves working with the people he supports, and he feels extremely happy that he can make a difference in someone’s life. He started working with two other families in February 2017.

He newest goal: to travel to Thailand.