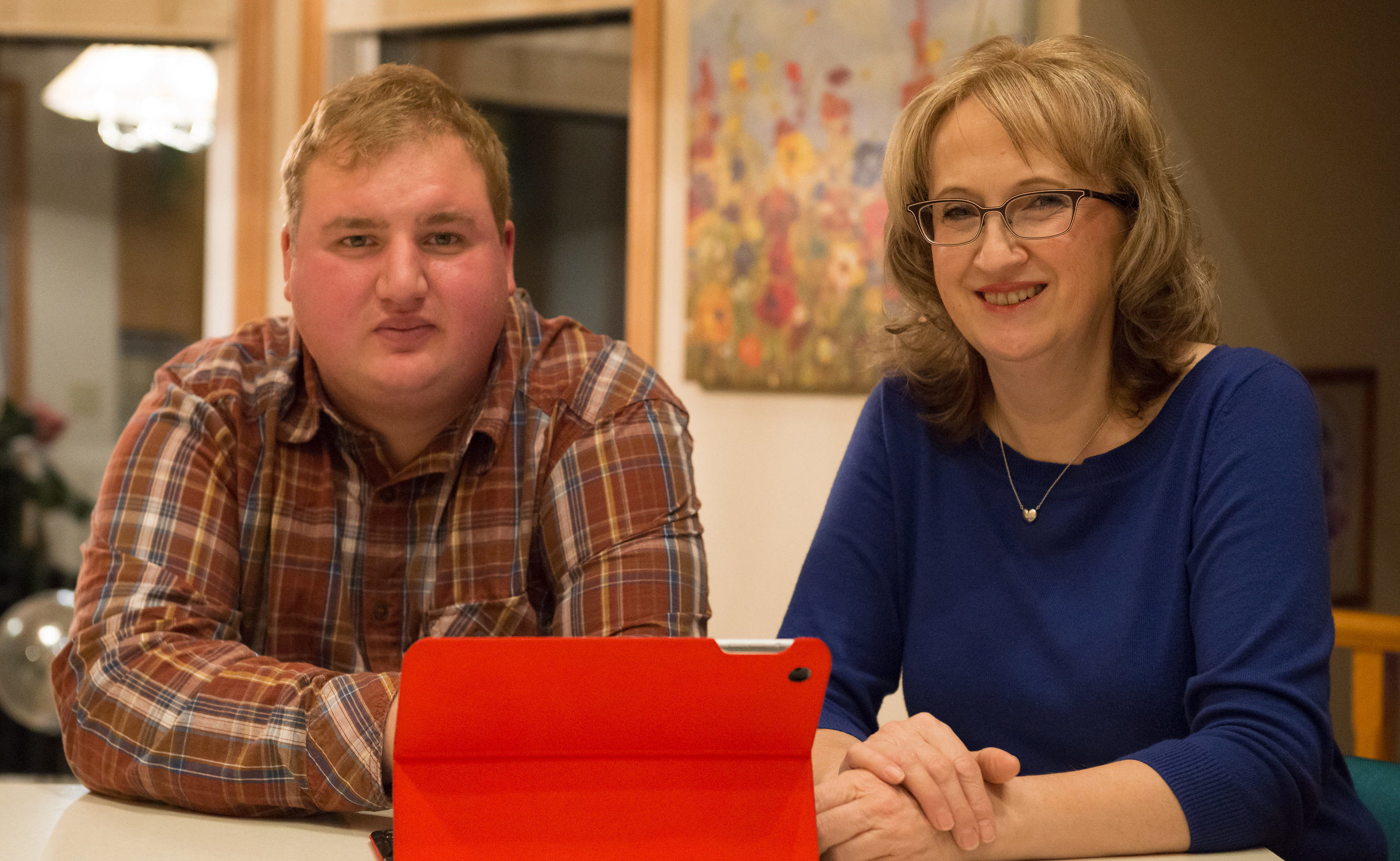 Families didn’t question you on that, it was just: “Come, share your story, and we’re happy to support you.”

Our son Roman was in a segregated program for six years of school. Once he reached junior high we wanted him to attend a community school.

Gateway helped us think of how to advocate to get him into that school.

At Gateway I went from being a family member who attended family support meetings to becoming president of the board. Later I worked at Gateway on the family support team.

With the help of Gateway we talked about Roman’s life. We realized he wanted to move out just like his brother. That was scary to think he was going to move out of our family home. It has been seven years since he has moved away from home and lots has changed thanks to Gateway.

Back then it was easier to listen to the struggles other people had overcome, but it was scary to speak of those things yourself and ask for help. It is more acceptable to question things now.

In the 1980s the association was the “Gateway to Edmonton,” opening up all these doors, exploring, and telling others, “This is new. Come on in. Let’s try this out.”

If one day we decided to never get up again, we would never grow. You just have to try something.