ADAM AND HIS FAMILY

“In the 1970s I was a physiotherapist at the Glenrose. Many families I worked with then were involved with Gateway Association.

In 1985, when my son Adam was born, it was difficult to get information, resources and medication. Everything was outdated and I did not receive much help.

I contacted Gateway to get help because I wanted answers. I talked to many different people.

My husband Brian eventually became the secretary on the board alongside some cornerstone members of the association.

I went from being able to help others as a physiotherapist, to getting help from Gateway as a parent. The meaning of the word “Gateway” is an open door, going from a closed space to showing the path.

There were many concerned families that were struggling with the realities of life, but they came together to help each other.

In 1986, I felt the incentive to try and push others toward supporting families. Gateway provided a strong foundation.

Gateway members have been facilitators. They have built community capacity for families. Family support is a key element of the organization.

I went from being able to help others as a physiotherapist, to getting help from Gateway as a parent. The meaning of the word “Gateway” is an open door, going from a closed space to showing the path.

Through Gateway people experience similar challenges and connect to other families on the same journey. You need other families for support at one time or another in life.”

SYLVIA AND HER SON

“In the 1990’s and 2000’s the world was frustrating and slow. The government denied my son funding for education after high school. PDD was in turmoil and drastically underfunded. I was scrambling to assist my son in finding a meaningful and full life as an adult.

It was scary and confusing. There was no acceptance from the government, no employment. My son was angry. I was facing budgetary and family pressures.

In efforts for him to become independent my son went to a group home. It was not a good experience. He, we, suffered greatly.

In keeping with our desire for a good life for him, we purchased him an apartment of his own. He has been living there on his own since 2004.

Gateway Association helped with our appeal for proper supports from PDD for independent living in his own home. The government denied that too. Gateway was a big support. I wanted to advocate stronger and harder after the government’s denials. Eventually our request for proper supports was accepted but only after too much hardship and unnecessary stress.
I couldn’t have done a lot of that on my own.

Through Gateway I met others who had similar concerns and aspirations. There was emotional support and Gateway gave me concrete ideas. Gateway provided avenues for advocacy and sharing. It was such a positive experience. It was wonderful to be able to share things with other families.

My advice to other parents: Don’t take “no” for an answer.”

In the early 1980s we were referred to the GRIT program. That is when I learned about Gateway and the family support meetings.

We still maintain contact with the parents through Gateway and they were always very supportive of us.

At that time, the concept of integration was new. Parents had to be strong advocates. It was different when I was growing up. I didn’t see people with disabilities out in the community.

I didn’t feel alone as a parent because there were others in the same boat. Parents supported parents.

There was a lot of learning in terms of listening to other parents’ experiences, emotional ups and downs, and growth. It helped reassure us that we weren’t the only ones having those feelings.

We still maintain contact with the parents through Gateway and they were always very supportive of us.

Gateway was successful in getting public schools to fund GRIT and we started seeing more children with disabilities in communities and in schools.

The world wasn’t ready but had to become ready.

It was quite positive. All the people at Gateway were and still are a very positive group. They have to be to motivate and inspire parents.

Never give up on a child. There are always ways to cope with challenges.

We were touched with the idea that everyone needs to belong because we were accepted when no one else would accept us. It had a trickle effect on our relationships and on our world entire.

Families didn’t question you on that, it was just: “Come, share your story, and we’re happy to support you.”

Our son Roman was in a segregated program for six years of school. Once he reached junior high we wanted him to attend a community school.

Gateway helped us think of how to advocate to get him into that school.

At Gateway I went from being a family member who attended family support meetings to becoming president of the board. Later I worked at Gateway on the family support team.

With the help of Gateway we talked about Roman’s life. We realized he wanted to move out just like his brother. That was scary to think he was going to move out of our family home. It has been seven years since he has moved away from home and lots has changed thanks to Gateway.

Back then it was easier to listen to the struggles other people had overcome, but it was scary to speak of those things yourself and ask for help. It is more acceptable to question things now.

In the 1980s the association was the “Gateway to Edmonton,” opening up all these doors, exploring, and telling others, “This is new. Come on in. Let’s try this out.”

If one day we decided to never get up again, we would never grow. You just have to try something.

ALEX AND HIS FAMILY

I struggled with inclusion in school and I felt isolated in my neighborhood. My son Alex was transitioning out of children’s services into the adult world.

I went to a meeting where I heard about Gateway Association and Family Managed Services.

I have been involved with Gateway since Alex was 15 years old. I sat on the board for two years. It was a much smaller association then. It has grown a lot since then but it still always feels welcoming.

I have developed a vision for his life with the help of Gateway’s family support team.
Gateway to me is a symbol of hope. Without connections my family would not be at this stage in life.

We faced some pressures with regard to Alex wanting to live on his own. If it wasn’t for Gateway throughout those rough times, I don’t know what would have happened.

Gateway’s We Belong inclusive employment campaign is close to my heart. It’s amazing and it was created at the right time.

Gateway to me is a symbol of hope. Without connections my family would not be at this stage in life.

I am stronger and I am enjoying being a parent.

My favourite Gateway memory is of speaking at a family support meeting, when I saw other families “getting it.”

I want people to know that everyone at Gateway cares. They get it.

Reach out for help. Don’t think everything can be done on your own.

ROCHELLE AND HER MOM

In 2010, I started having trouble with supports and services with my daughter Rochelle. I went to Gateway Association for support and attended one of the Families Forward meetings.

It was there I connected with two amazing people who helped me advocate for what I needed for my daughter.

I made some of my best friends through Gateway. I just loved going to the meetings to listen peoples’ stories, to get help and to offer help.

The most important years of my life were from 2010 to 2012. Gateway was a wonderful place, a family atmosphere where everyone understood your situation. It was a group of people who understood you before you even spoke. They understood your life because they were living it.

I made some of my best friends through Gateway. I just loved going to the meetings to listen peoples’ stories, to get help and to offer help.

I learned a lot about inclusive living and, because of what Gateway taught me about inclusion, I resisted putting my parents in a nursing home.

Being an advocate is a learning process. Gateway teaches people how to be assertive.
We have to tell our stories because they will help other people.

We’re all in it together, but we have to recognize that the world is not very accepting. Taking my daughter places is still a challenge. I still feel marginalized.

Remember to ask for help. No matter what the problem is, there’s a solution. Never give up. Persevere.

Learn more about the Family Resource Centre at Gateway Association.

Are you a friend/family member looking for supports?

Connect with others and download the Gateway to Digital Inclusion app to build your network and skills. 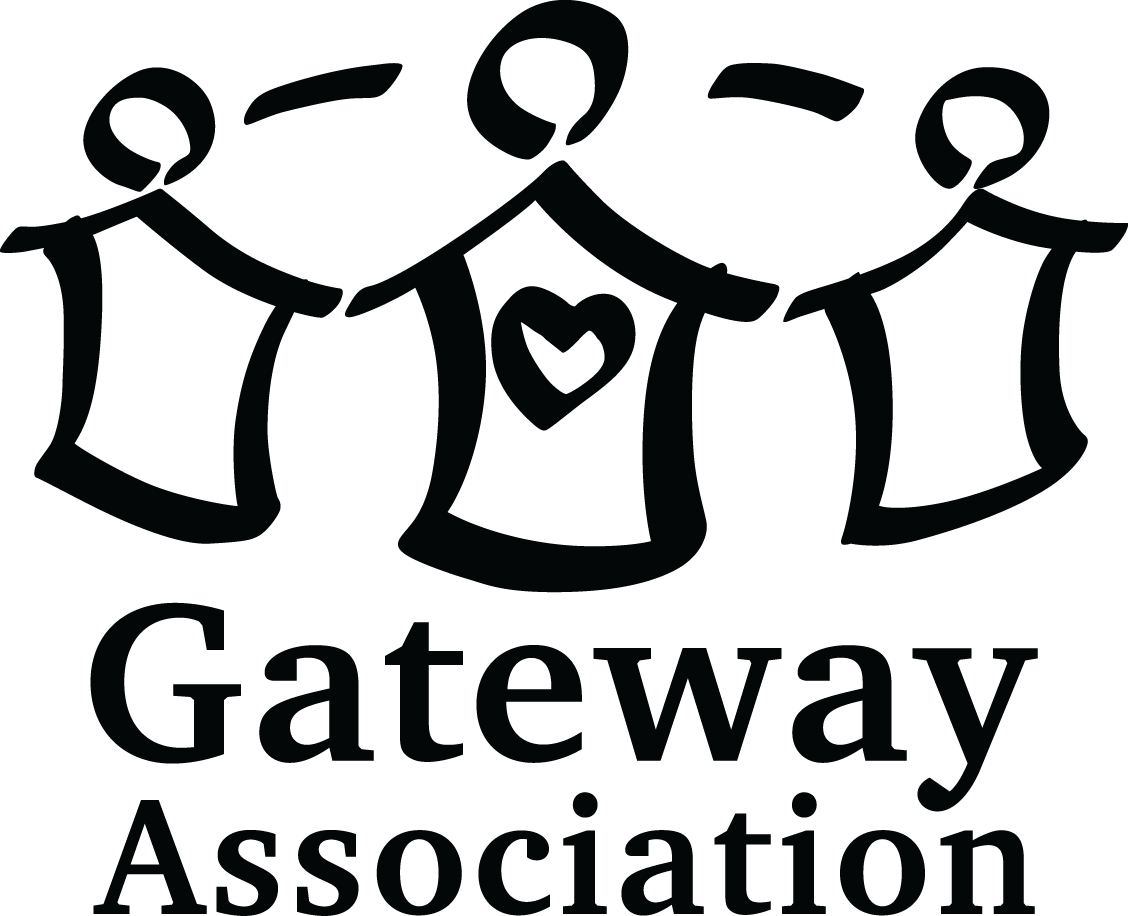 Get involved with Gateway Association today! Subscribe to our newsletter for the latest Gateway news including events, workshops and resources.

Laura started her new job at Superstore this week

Today is National Day of Awareness for Missing and

This week, the Gateway Family Resource Centre and

We are on the edge of winter and spring. We are on

Rosie has been dedicated to her #employment journe